Centro, Barbier and al. (2014) has tried to define argumentation motifs in order to understand the principal characteristics of projects on biodiversity.

A argumentation motif is a sequence of one or several words serving to marquers to announce an argument.

They have created 30 motifs which are divided in 5 groups:

We can visualize links between graphs as follows: 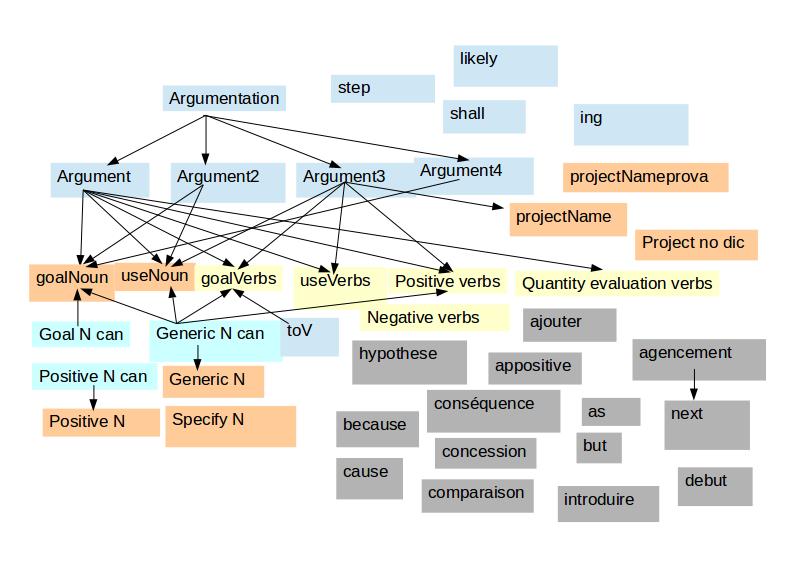